The research group DEaMoNs is submitting a panel proposal and a round table proposal (both conceived of as standalone sessions), meant to examine digital early modern networks and to explore challenges and possibilities in DH and public history.

Traditional scholarship sets the ‘Scientific Revolution’ in Catholic European countries against the backdrop of an abstract Counter-reformation. Historians ascertained that seventeenth century politics was not a matter of confession, loyalty or ideology, but the scenario of more concretely aimed social groups. If we assume that ‘reality is relational’, the digital network analysis is a powerful instrument to look into the connections between political aggregation and adhesion to the ‘new science’. The Galileian mathematician Giovanni Alfonso Borelli – an atomist and a conspirator against the Spaniards – is a perfect case in point. My paper will analyze his network in Papal Rome (1672-79) as it appears in his last will, in order to detect the entanglements between his social, intellectual and political relationships, at the center of the Catholic power. I will discuss how the digital analysis of large datasets, combined with a qualitative approach, allow us to question consolidated historiographical categories.

People, Plants and Books in Transit: Networks and Digital Representations

I will present some features of my Marie Skłodowska-Curie Project ‘Materia medica in Transit. The Transforming Knowledge of Healing Plants’. With the awareness that Italy represented a segment of the more global transit of medical matter between European countries, and between Europe and the West and East Indies, the project focuses on the exotic and local Materia medica used in late fifteenth-early seventeenth-century Italian medical practices; it aims to reconstruct the networks of professionals and commoners involved in its circulation.

The paper will explain how I will be implementing an interdisciplinary approach to the History of Science and Book History by relying on digital tools set up in collaboration with the Consortium of European Research Libraries and with the Brown Center for Digital Scholarship. I will illustrate how network studies can lead to a new combination of micro and global history, and to new fruitful tools for public history.

The Theory of War as a Network of Knowledge: the Case of Alberico Gentili’s De iure belli

In this paper, I will consider the early modern theory of war as a “network knowledge”, focusing in particular on late Elizabethan England. My research is focused on an italian religious exile, Alberico Gentili, and his masterpiece, De iure belli. The paper will show how De iure belli’ can be read as a showcase of Gentili’s intellectual networks and political connections with the Elizabethan establishment. In particular, I will analyze Gentili’s personal relationships with the courtiers Robert Dudley, Philip Sidney and Robert Devereux, highlighting how these relationships deeply impacted Gentili’s theory of war. I will discuss how the theory of war, just like reality, is relational, reflecting a deep connection among men, ideas, places and disciplines. Moreover, by putting forward a digital examination of Gentili’s text and manuscripts, I will discuss how this way to look at the theory of war can help to overcome old and rigid historiographical categories.

Round Table Title: Beyond the Academy: Non-Traditional Media and the Public Renaissance.

The Renaissance is everywhere. Interest in this period reaches far beyond the classroom. The Da Vinci Code lurks on many bookshelves and airplane film lists, the Tudors fill our television sets and the internet offers a window into many aspects of the early modern world. This roundtable grapples with historians’ responsibilities in telling the many histories of the Renaissance to a broader public, and the role non-traditional media might play in this process. Public history can take many forms but in an increasingly digital age the focus of discussion will be on film and digital media.

Discussion will draw on participants own experience in these fields and the challenges they faced as historians trying to craft compelling and entertaining presentations of the past whilst maintaining the veracity and complexity of the historical record. Is digital media an effective and useful tool to present the Renaissance ‘beyond the academy?’

Public History and the Digital Humanities 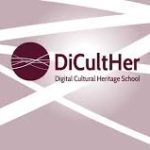 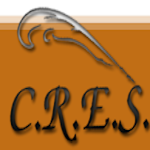